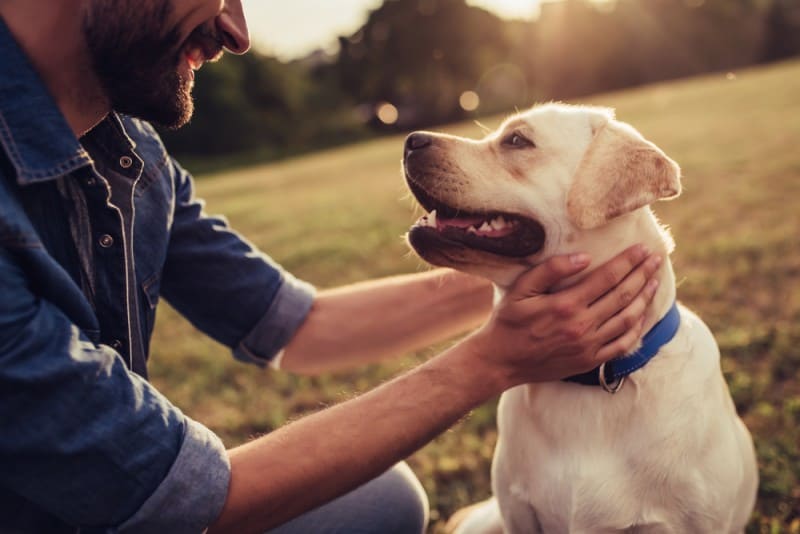 Wasabi on sushi can excite human taste buds, but for dogs, this spicy condiment can burn your dog’s mouth, upset your dog’s stomach, and cause major gas and bloating.

If you’re wondering “can dogs eat wasabi peas?”, the answer is both no and yes. Your dog’s taste buds are not nearly as sensitive as humans, and they will likely eat the spicy treat. But, your dog will suffer the consequences of this hot spice in similar ways to a human.

While dog owners enjoy sharing snacks with their furry friends, when it comes to wasabi peas, your dog’s tongue and stomach may suffer major consequences.

As a pet owner, you may be panicky when you discover my dog ate wasabi. Well first let’s explore exactly what is in the popular condiment known as wasabi. The sauce is notoriously popular at sushi bars, as a flavoring for chips and dried peas, and even in French cuisine to add a little kick to many base sauces or roasted meats. Wasabi is a plant that is native to Japan. The plant is actually a member of the Brassica family. This plant family is also responsible for other spicy condiments such as horseradish and mustard.

Wasabi can be considered a superfood, because it is loaded with powerhouse vitamins like Vitamins C, A, B1, B2, B3, and B6. It is also high in antioxidants and minerals like zinc, magnesium, potassium, and iron. In ancient times, wasabi use was restricted to royal Japanese palaces but eventually made its way into everyday use across the world.

True wasabi derived and processed directly from the plant has a delicate and pungent flavor. Fake wasabi has an overly-pungent taste that can be irritating to the mucous membrane in the mouth, throat, and nose. Just a sniff of strong,  almost garlicky smell wasabi can be used to arouse the senses – much like a smelling salt. As a snack, wasabi peas are dried peas coated with salt and wasabi powder. They are especially enjoyed while drinking beer -just remember to keep a few Kleenex handy!

Before we answer “is wasabi bad for dogs? let’s first explore whether dogs can even taste spicy food. Consider that humans have about 9,000 taste buds. We can accurately taste and describe only 5 categories of flavor – sweet, bitter, sour, salty, and savory. Dogs only have a much lower threshold for taste distinction with only about 1,700. But, you have to consider dogs have extremely sensitive noses also. So, between their sense of smell and their sense of taste, most dogs can successfully distinguish foods that are safe to eat from foods that may be carrying disease or infection.

When it comes to spicy foods, because dogs have fewer taste buds, they may not be as sensitive to spicy foods as we humans are. For instance, dogs know the smell and taste of meat and will eat either chicken or beef. But, dogs don’t have the brain power or taste buds to know that one piece of meat is chicken, while the other is beef – they only know that it is meat. Dogs also tend to have an affinity for sweets, but dislike salty foods.

Most dogs do not like spicy foods like wasabi peas. But, that does not mean they won’t eat them. For dogs, the first lick of wasabi sauce or bite of wasabi peas won’t really register as being too spicy or too hot. It takes some time for their sense of bitterness, sourness, or spiciness to kick in. So while dogs can taste spicy food, it depends on the resilience (or stubbornness) of the dog whether they will continue to eat wasabi after the first few tastes.

If your beloved hound happens to like chowing down on wasabi peas, it is advised to limit the quantity and how often. This way you can avoid a suffering pet or an ill-timed accident on your living room carpet!

Is wasabi bad for dogs?

Wasabi has such a pungent, spicy taste that when dogs eat wasabi peas they may react badly. For some dogs, eating enough of the hot spice may be so overwhelming that it may cause their throat to constrict which would hinder their breathing. It’s not that the wasabi paste or wasabi peas are toxic. It would merely be a reaction to the hot flavor that causes dogs to look amazed, shake their head, and even run away from the spicy food.

But, just like humans, spicy foods including wasabi peas can upset your dog’s stomach and even cause a bad case of flatulence. If enough wasabi is consumed by a dog, the stomach irritation could very well lead to vomiting and/or diarrhea. And both of these are a precursor to dehydration which can lead to a wide range of side effects including panting, a dry nose, loss of appetite, and an extremely dry nose.

So, if your dog ate wasabi, you may notice an increased level of discomfort. It is strange that while some dogs simply don’t like and won’t eat wasabi peas, other dogs may like them. Most of us know someone who has a dog that will eat just about anything given to them. It’s no different with wasabi peas or wasabi paste. You will find some dogs will eagerly lap up the spice and suffer the ill consequences later.

My Dog Ate Wasabi – What to do

Wasabi is recommended to be consumed only in small quantities, even for humans. If your dog overate wasabi peas or licked a dish of wasabi sauce clean, you don’t have to worry about them being intoxicated or poisoned. Even though the pooch’s resulting reaction may mimic one or both of these. The best thing you can do is make sure your dog has plenty of fresh water to drink and is able to access their favorite place to take a poop. If possible, flush your dog’s mouth with water from a hose or large container. This will result in faster relief from the hot and spicy taste.

Here are some tell-tale signs that your dog regrets eating a bunch of wasabi peas or wasabi paste:

If any of these symptoms appear in a dog after they’ve eaten wasabi, you can wait out the symptoms or take your pet to the vet. Even vomiting and diarrhea due to a wasabi reaction is only serious if it persists and the dog becomes lethargic or dehydrated.

If your dog has preexisting conditions

This is when you may want to consult with your friendly veterinarian’s office. If your dog has preexisting medical or physical conditions such as kidney disease or GI problems. The hot flavor of wasabi and the way the product irritates the sensitive lining of the GI tract can aggravate some preexisting conditions. You may not even know your dog has a medical condition like gastritis or inflammation of the stomach or intestines. With either of these medical conditions, when a dog eats any amount of wasabi, the result can be more extreme.

Any foods that your dog should not eat, should be kept out of reach. But, dogs are very quick when it comes to snatching a bite to eat. When you order food in, avoid feeding your dog. And, if you leave the food for any amount of time, move it out of the dog’s reach. Above all, consider training your dog to leave wasabi alone, by training them to leave all human food alone. Dog snacks, treats, and main meals should not come from your dining room table or from your food delivery bag.

And, any wasabi that happens to be left over from a sushi meal can be stored in the fridge for up to one year, while wasabi peas can remain tightly closed in a pantry or cupboard for up to 3 weeks. Wasabi spices in powder form will not go bad, but their flavor will diminish significantly over time.