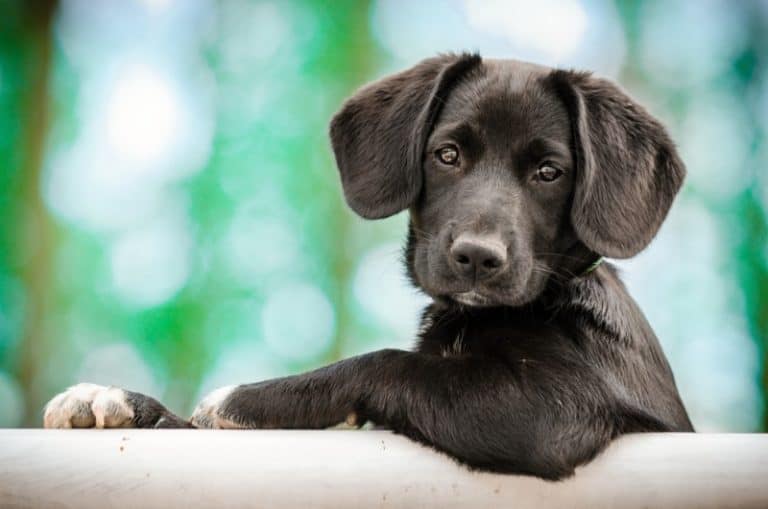 Can dogs have raw bacon? Feeding raw bacon to dogs is not recommended. Raw bacon may contain parasites and bacteria which are harmful to your dog’s health. Additionally, raw bacon can cause digestional issues, such as diarrhea and other intestinal problems.

Various raw meats are available in markets; however, feeding raw meat to dogs can pose health risks. Additionally, not all meat, even when cooked, is suitable for a dog.

Dangers of Raw Bacon for Dogs

Though not toxic to dogs, the answer to the question “Is raw bacon bad for dogs?” is “Yes.” Studies show feeding raw meat to dogs increases their risk of testing positive for salmonella and other bacteria. Raw bacon contains parasites, bacteria, and worms, which are harmful to both dogs and humans. Feeding raw bacon to your dog may result in excessive diarrhea and other intestinal issues.

Additionally, bacon is high in salt content and fats. Both of which are harmful to a dog’s health. The repeated consumption of raw bacon can lead to the dog’s development of pancreatitis and trichinosis. Pancreatitis may cause the dog to become diabetic, leading to other life-long, health-related complications. Trichinosis is a parasite found in raw meats and, when ingested, lives in the body, reproducing as it makes its way through the body. Both pancreatitis and trichinosis require professional medical treatment.

Bacon has such an aroma it is very tempting for dogs to want to try a piece. No matter how much the dog begs, do not feed it raw bacon. Sometimes the dog might get lucky and get a bit of bacon on its own, leaving pet owners asking, “My dog ate raw bacon. What do I do?” If your dog eats a small piece of raw bacon, monitor the dog and watch for digestion problems. Should the dog get a hold of a bunch of bacon, it might be best to contact your veterinarian for a preventative check-up. If unsure of what to do, contact your veterinarian immediately for guidance on what to do next.

The best way to prevent your dog from eating raw bacon is to train it on household boundaries. Teach the dog where it eats and that the kitchen is off-limits. Additionally, never leave raw bacon unattended where an intelligent dog can find a way to access it.

Depending upon the bacon’s size, most dogs will show little to no signs of discomfort. Some will show a little pain in the stomach area and have diarrhea. Some of the most common symptoms a dog may have eaten raw bacon include:

Call the veterinarian immediately if any of these signs appear after your dog had raw bacon. The veterinarian can check out the dog and determine if there is a problem associated with eating raw bacon.

It may be difficult to look your pet in the eye and tell them they cannot have bacon. Just like raw bacon, bacon grease is very harmful and should not be fed to dogs. Bacon grease can lead to clogged arteries in the dog, ultimately leading to chronic heart diseases. Bacon grease has similar dangers associated with digesting raw bacon. Additionally, adding bacon grease to a dog’s food increases the chances the dog will become overweight. Keep your dog’s health in mind and skip pouring bacon grease over its food.

Dogs exposed to high salt content diets are at risk of suffering from sodium ion poisoning, also known as salt poisoning. Many human foods are high in salt, especially pork products, including raw and cooked bacon. In addition to the dangers associated with salt, dogs may experience other conditions related to salt intake.

When ingesting too much salt, dogs can become dehydrated, causing them to drink too much. If a dog drinks too much, it overfills its stomach, putting pressure on its internal organs, which can cause the stomach to twist or other injuries to the dog’s organs in some extreme cases. When this occurs, the dog may be experiencing some symptoms, such as swollen belly, restlessness, pale gums, excessive pacing, and dry vomiting. If this happens, visit the veterinarian for treatment and possible surgery to correct stomach issues.

Raw Pork Is Just As Harmful to a Dog’s Health

Raw pork products may contain the parasite trichinosis, which breeds and spreads throughout the dog’s body. Though it is always best to keep raw meat products away from a dog, accidents happen. Most dogs experience diarrhea, trouble with bowel movements, or vomiting shortly after eating raw pork. Call the veterinarian immediately should your dog experience any of the following symptoms after eating raw pork:

If you want to give your dog pork in its diet, thoroughly cook the meat first. Additionally, avoid using seasoning because many are not suitable for dogs. It is always best to consult a veterinarian before adding something new to or changing your dog’s diet.

What are alternatives to feed dogs besides raw bacon?

Bacon, including turkey bacon, contains high salt concentrations, terrible for a dog’s health. However, turkey bacon does not have the high-fat content traditional bacon does, making it a bit healthier for dogs. Other alternatives include cooked chicken, cooked turkey, cooked seafood, or grain-based meals.

What foods are harmful to dogs?

In addition to raw bacon, several human foods are harmful and sometimes fatal for dogs to eat. These foods include avocados, anything caffeinated, grapes, raisins, chocolate, salts, alcohol, and yeast dough. Sweetened candies, chewing gum, and some baked goods contain Xylitol, which can be fatal for dogs.

What raw meats can dogs eat?

The Centers for Disease Control does not recommend feeding dogs using raw food diets. Even packaged raw dog foods at stores contain bacteria, which is harmful to both dogs and humans. By providing animals uncooked meat, there is a greater risk of infection for bacteria such as Listeria, E. coli, and Salmonella.

Are dogs allergic to fruits and vegetables?

Like humans, dogs can have food allergies, especially when consuming fruits and vegetables. After eating, watch the dog for any signs of abnormal behavior, such as excessive sleeping, walking differently, or behaving differently. These may be signs the dog is experiencing an adverse reaction to eating the fruit or vegetable.

What human foods are safe for dogs?

Though it is always best to keep your dog eating its regular food, some human foods are okay for dogs to consume. Some human foods that are safe for dogs to eat include bread, cheese, coconut, corn, eggs, fish, milk, peanut butter, and turkey. If unsure, don’t feed it to the dog until you have veterinarian approval.