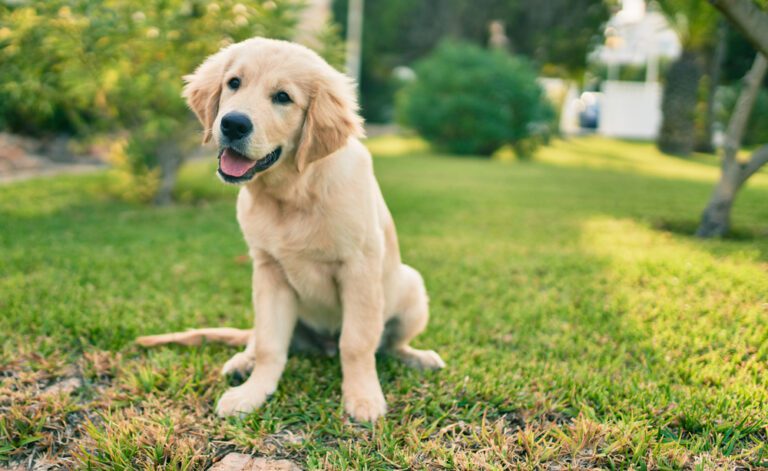 Deworming is the best step to take if your puppy has worms. Dealing with worms can be scary, but you have come to the right place to learn everything you need to know about what to expect after deworming.

A puppy will poop out dead or paralyzed worms up to 7 days after being dewormed. Deworming medication starts working within 2 to 6 hours. Depending on the medication, your dog may poop or vomit dead or alive worms in those seven days.

Deworming your puppy is as simple as getting your dog to eat a pill. There are, however, a few important signs to look out for after deworming to make sure your puppy is healthy.

Common Types of Worms and What to Expect After Deworming

Roundworms are common worms seen in dogs. They live in the intestines and eat the nutrients from the dog’s digestive tract. The most common signs of roundworm are potbellies (especially in puppies), diarrhea, vomiting, and weight loss.

Roundworms are visible in dog poop and look like thin white worms. It is common for them to be moving when pooped out unless you have already given the dewormer. If you have dewormed your puppy, you will see roundworms in stool for up to 7 days after deworming.

Hookworms bite the inside of your puppy’s intestine, hooking on and taking nutrients. Common symptoms of hookworms include anemia, diarrhea, and vomiting. It is not easy to see hookworms in your dog’s poop even after deworming. Some vets advise a poop test after deworming to confirm the infestation is gone.

You may see blood in your dog’s poop as the hookworms are released. Most medications only treat adult worms, so you will likely have to deworm again in two to four weeks.

Common signs of whipworm are diarrhea, blood in stool, and weight loss. Whipworms bite the intestine and don’t commonly appear in dog poop.

Some common side effects of using medication specifically for whipworms include dizziness, vomiting, and lack of appetite. You may also see blood in your puppy’s poop as the worms release from the intestinal wall.

Dogs can get tapeworms from infected fleas. Keeping dogs flea-free saves you from having to worry about worms later. Dogs with tapeworms often scoot their buts on the ground.

Tapeworms are visible crawling in the poop and around your puppy’s anus. They look like grains of white rice. When you deworm, you will see more of the tapeworms in the poop as they pass through the digestive system.

Coccidia is common in puppy mill puppies. Coccidia is technically a parasite, not a worm. Symptoms include diarrhea and vomiting, along with severe dehydration.

There is a special medication for Coccidia, and it is best to go to your doctor if your dog looks dehydrated days after being dewormed. We mention Coccidia because the symptoms of this parasite often mimic other types of worms.

Once you deworm your puppy, you will see worms in their poop for about a week. If the infestation is extensive, it is not uncommon to see them up to two weeks later. If you see them for more than two weeks, you may need to do another round of deworming. The worms should be dead as they come out.

Common side effects of deworming medication are

It is best to call your vet if diarrhea lasts longer than three days to avoid dehydration. It takes an average of 12 hours for the medication to start working. Vomiting should only occur in the first few hours of deworming.

Common Causes of Worms in Puppies

Puppies get worms from a few different places depending on the type of worm. Tapeworms, for example, come from infected fleas. Most worms come from the consumption of infected poop or soil.

The most common way a puppy gets worms is through their mothers. Worms are transmissible through fur contact, by eating infected stool, or through mothers’ milk. Breeders will commonly deworm puppies before sending them home. It is up to you to keep deworming your puppy until its digestive tract is more developed.

Some worms are zoonotic and can pass from humans to dogs (and vice-versa), including roundworms and hookworms.

The best way to avoid infection is to keep poop areas clean and pick up poop as soon as you see it. The eggs and larvae of worms can live in soil and on surfaces for months.

Your puppy can also have heartworm and lungworm, which are not intestinal worms and are not common to see in poop. These worms can be more serious and require a veterinary diagnosis. If you think your puppy has symptoms of worms, but you don’t see any coming out after deworming, then you should visit your vet.

How Often Should You Deworm Your Puppy

There are different medications for each type of worm. Medicines are given based on weight. You should give your dog a common deworming medication every two weeks until your puppy is four months old. Worms in a puppy have a much higher risk of causing harm than in an adult dog.

You can deworm puppies older than four months every month, keeping with the flea medication schedule you will likely follow.

It is important to deworm new dogs or puppies brought into your home. Worms are more likely to be transmitted in places with lots of dogs in confined spaces like kennels, breeders, and foster homes.

Depending on your deworming medication, you may need to re-administer it. Some parasitic medications only kill adults and need to be given two weeks later after juvenile eggs mature. If you are unsure of your medication’s treatment schedule, give your vet a quick call.

Make sure to keep up on flea medication and talk to your vet about options that cover both fleas and worms. Some shots can protect a dog from parasites for up to six months, but a veterinarian must give these.

How to Deworm a Puppy at Home

A worm is a parasitic infection and is not treatable using home remedies. Some home remedies like pumpkin may help alleviate diarrhea, and chamomile will calm a dog, but they do not cure the root cause.

Deworming medication comes in three forms: pill, liquid, and injectable. Pill and liquid medicines can be given at home. You have to follow the directions on the package based on the dog’s weight for the exact dose.

The medication works by killing or paralyzing the worms. The dog then digests the worm infestation and gets rid of it through its poop. Be extra careful after deworming to pick up all dog poop in your home or yard, as a dog can get infected again by coming in contact with larvae.

Some medications require a second dose two weeks later. Don’t forget to make sure you have the second dose ready.

Is Deworming a Puppy Necessary?

It is common for puppies to get worms directly from their mothers. Worms in adult dogs can be a nuisance; however, in puppies, they can be deadly. It is very important to keep up with deworming in the first six months of your puppy’s life at a minimum.

How Long Will My Puppy Have Diarrhea After Deworming?

Most puppies will have normal bowel movements after being treated for worms. It is not uncommon to see diarrhea in dogs with worms. Diarrhea should clear up within a day or two. If the infestation is extensive, it may take up to a week for the worms to pass through the system.

Should I Quarantine My Dog with Worms?

It is easy for dogs to pass worms to each other. It is not mandatory to quarantine dogs, but it is advisable to deworm them simultaneously. It is more important to be on top of picking up poop in the backyard.

Why Is There Blood in my Puppies Stool After Deworming?

Blood in a puppy’s poop is a side effect of some types of worms. Whipworms and hookworms bite onto the inside of your pet’s intestine and suck out the nutrients. When you deworm your puppy, the worms are paralyzed or killed and get digested. The blood is healing from the removal of the worms.

Why is my Puppy Eating Poop After Deworming?

Poop eating is a common habit in puppies learned from their mothers to keep their area clean. Deworming medication does not increase the desire to eat poop. There are health risks with eating poop as they can reinfect themselves with worms. It is best to try and keep poop picked up so they do not have access to it.