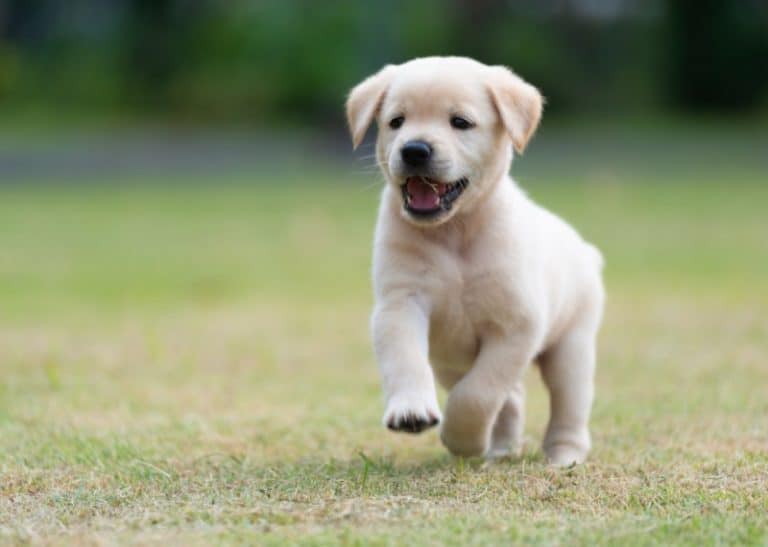 Miniature breeds are the new trend in the dog world. Not only are they super-cute, but their smaller size makes them a choice for prospective owners who may not have room for their full-size counterparts.

Miniaturizing any breed comes with health consequences, especially when it involves a large breed dog such as the Labrador.

Do miniature labrador dogs exist, and if so, how small are they, and do they have any specific health issues?

The answer is both Yes and No. Mini labs do exist, and you’ll often come across breeders advertising these dogs. Maybe that’s why you came over here in the first place. However, miniature labradorsresult fromquestionable breeding practices that can create a host of problems for both the pups and their owners.

That’s why there isn’t an officially recognized ‘miniature’ version of Labradors. Even though some breeds have well-known ‘miniature’ or ‘teacup’ forms such as schnauzers, dachshunds, and poodles, Labradors do not.

So if these miniature labs do exist, what are they like?

Besides being smaller in size, miniature labradors are the same as any normal labrador in all aspects. They’re still one of the friendliest and most energetic breeds you’ll come across, and they love being with their people.

Mini labs are extremely devoted to their owners and love to please them in all sorts of ways. They love accompanying their owners in any activity they do, especially if it involves physical exercise.

Due to their smaller size, miniature labrador dogs are lighter in weight than your average lab. However, this compact body structure often comes at a cost, which we’ll discuss later.

Mini Labrador puppies tend to make excellent pets for families with lots of children and activity. They do need a bit of training as these dogs love to bite when they’re excited. Luckily, these pups are extremely intelligent, and training shouldn’t be an issue.

Despite that, there is a bit of controversy surrounding the overall health of these dogs. So before you go on to buy one, it’s better to know how these puppies are bred and what problems they’re likely to endure.

How Are Miniature Labradors Bred?

Although many breeders have successfully created ‘miniature’ or ‘teacup’ versions of standard breeds, a similar category for labradors does not exist.

But first, let’s discuss how miniature versions of Labradors, or any other breed for that matter, are created.

Like humans, dwarfism is a condition that is known to exist in many breeds, including Labradors. It affects dogs just like it affects humans, causing a slowed growth of bones, which causes the dog to develop a shorter-than-normal stature.

Dwarf labs are conceived by breeding two labradors that carry the genes responsible for dwarfism. When both dwarf parents contribute a copy of the dwarf genes, the litter is born with predisposed dwarfism.

There are two types of genes responsible for dwarfism in labradors known as the SD1 and SD2 gene. Here’s how each of these creates a different kind of dwarfism:

There’s also a third disorder that causes dwarfism known as pituitary dwarfism, and it disrupts the production of growth hormones in labradors. Thus, the Labrador cannot grow as much as a typical lab, causing them to develop a smaller stature.

Another way most breeders create miniature labradors is by crossbreeding them with another small breed of dogs.

Such labradors might be significantly smaller in size. It’s deceitful to advertise a litter as being purebred miniatures when they’re a hybrid mix. And to sell them at a premium is unethical and can land the breeder in trouble.

Another problem with hybrid miniature labs is that they might not always turn out to be perfectly healthy. That’s because crossbreeding is a very complicated process which should only be performed by professionals

If you breed a labrador with an unknown breed, there’s a high risk that the litter will be born with multiple predisposed health concerns. To safely cross a lab with another breed, the breeder must have complete knowledge of various dog breeds’ backgrounds and should preferably be certified.

This one is perhaps the most popular technique for creating a miniature breed. Breeding ‘runts’ or the smaller-sized puppies from a litter together is an old technique known for producing popular teacup breeds.

With some breeds, this technique can be quite successful and can yield puppies that are significantly smaller in size than the average puppy of that same breed. However, there are some issues with this technique as well.

Firstly, there’s no guarantee that breeding ‘runts’ will always yield a litter that’s smaller in size. Runt parents can produce standard-sized puppies. So buying a puppy from a litter born of runt-sized parents isn’t a guarantee.

Secondly, the selective breeding of runts can cause several defects to appear that weren’t present before. Because the small-size of these runts is usually due to some health condition, or worse dwarfism, the same genetic flaws would probably pass on to the litter they conceive. Also, some breeders inbreed these runts, which can lead to difficulties of their own.

Labradors are generally a healthy breed overall. And even though they are predisposed to specific health issues, breeders have evolved labs so that these defects are slowly decreasing in pedigreed dogs.

However, methods used to produce miniature labradors can re-introduce those defects back into the population of miniatures. So what are those health defects? And which mini labs have them?

The method of producing miniature labs, which leads to the highest amount of defects, is dwarfism. Both SD1 and SD2 genes can cause abnormal growth, which can worsen or create entirely new defects within a miniature lab.

Some of the most prevalent defects associated with dwarfism in mini labs are:

Should You Get a Miniature Labrador?

Now for the most important question, should you buy a miniature labrador?

Let us explain a bit more:

1. Miniature Labs Suffer From Too Many Health Complications

It’s no secret that caring for a dogwith multiple health complications is a difficult job. And considering that a miniature labrador dog suffers from way more than the average dog, caring for them is more involved.

Not only would you have to make more frequent visits to the veterinarian, but you’ll have to take even more care of them at home, including keeping tabs on their medication, as well as getting them to eat them regularly.

It’s also worth mentioning that all the medicines and vet visits will likely cost you thousands of dollars. And to be honest, it’s not worth putting that much money and effort while making your pooch suffer.

2. Most ‘Miniature’ Labrador Breeders Are Untrustworthy

Like we discussed before, there aren’t any ‘miniature’ labrador officially as of yet. So if you ever hear or see a breeder or pet store selling ‘rare miniature labradors’, they’re most likely ripping you off with a dwarf lab or a hybrid breed of labradors.

Even if they’re selling you a litter conceived from a pair of runts, there isn’t any guarantee that the puppy will also turn out to be small in height. So basically, the breeder is making a promise they can’t keep.

3. They can’t participate in shows or register with the AKC

The appeal of miniature and teacup breeds is mostly due to their desirability in show rings. However, it’s worth knowing that a breed must be registered with the American Kennel Club to participate in any show ring in the US.

For a labrador to officially register with the AKC, they must be between 22.5 to 24.5 inches in height from the withers if it’s a male and 21.5 to 23.5 inches if it’s a female. If a labrador does not meet these requirements, they can still get registered with the organization.

However, the owners must provide the pedigree documents to prove that the dog is purebred. But even after registration, a labrador will not be allowed to enter a show ring if they do not meet the AKC’s height requirements.

So if you’re solely buying a miniature labrador to take them to show rings, you might want to reconsider your decision and look into other breeds.

4. They Aren’t Too Different From Regular Labs

For all the hype about the mini version of the lab, the truth is:

A standard labrador and a miniature labrador aren’t all that different in size. A miniature lab is only about 2 to 2.5 inches shorter than a typical labrador.

So if you think you’re going to get all that personality in a much smaller package, you’re mistaken.

What is the lifespan of a dwarf labrador?

Unlike a standard labrador, a mini lab might only live up to 5 years, even if they receive full medical care and attention.

What can you buy instead of miniature labradors?

If you’re insistent on buying a smaller labrador, contact a reputable breeder, and they can get you a lab that will be both smaller and lighter than the average pup that’s both purebred and free from dwarfism.

What is the difference in height between a standard and miniature lab?

Unlike other miniature breeds, a miniature lab might only be 2 to 3 inches shorter in height than a standard labrador. This difference isn’t usually visible unless both dogs are side by side.

How much do miniature labradors shed?

A miniature lab has the same double-coat as a standard labrador. They shed an adequate amount of fur, particularly during the spring and fall seasons.

Do miniature labradors bite a lot?

Miniature and standard labs are both more prone to biting during puppyhood. But once they become adults, the habit mostly subsides, provided they get proper training.