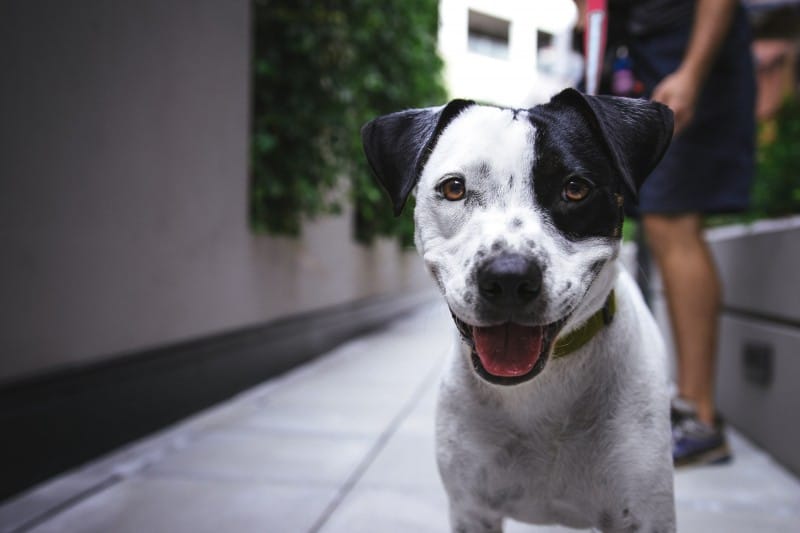 Dogs have always been prone to eating things they aren’t supposed to eat. The good news is they tend to survive. If your dog has eaten melatonin, there is hope.

If you’ve ever had a dog eat something he wasn’t supposed to, you’re not alone. Dogs are a bit like small children that way, and we naturally want to protect them. Here, we’ll give you everything you need to know about how to help your dog after he has eaten melatonin.

Melatonin is a Naturally Occurring Hormone

In most cases, as long as your dog has not ingested more than the recommended amount for his bodyweight, chances are good that he will be just fine. Melatonin is a hormone created in the bodies of most mammals, including dogs, cats, and humans. The purpose of the hormone is to regulate the sleep/wake cycle for healthy and proper, restorative rest.

In a healthy mammalian body, the release of melatonin should occur around the same time of day when the sun goes down. Its purpose is to stimulate a feeling of sleepiness and a desire to sleep. This is important for our health since vitamin D is an essential vitamin and sunlight is the most effective source of it.

Reasons for using melatonin include anything that disrupts the proper sleep/wake cycle. As we and our dogs age, melatonin production, and release of the hormone will naturally decline. Sometimes this makes the use of the naturally occurring sedative beneficial. Other causes of sleep difficulties that can be helped by melatonin include overexposure to the blue light from computer screens. This type of light stimulates the nervous system in a way that is similar to sunlight, preventing the normal release of melatonin and inhibiting full and proper sleep.

Once again, melatonin is a naturally occurring hormone that dogs have in their bodies as do we. As long as your dog has not eaten more than the recommended amount, he should be okay. Keep a close eye on him until you’re sure he’s okay. If you notice anything strange, contact animal poison control.

Things That Can Make Melatonin a Good Idea for Your Dog

Just as it is for humans, melatonin is a mild sedative that helps them to calm down and go to sleep. Like us, dogs can suffer from anxiety, insomnia, and other conditions that can make normal sleep difficult.

Like humans, dogs can fall prey to the unpleasant effects of anxiety. Nine times out of ten, this happens because the animal has been abused or has suffered a trauma. However, it is most often a result of abuse at the hands of a previous owner. It is therefore very common among rescue animals. For an animal that has been abused and has been rescued, he or she may love its new family very much. But their feelings of love can be confused with relatively distant memories of having been abused by other humans.

If the abuse they received from their former owners was unpredictable, the anxiety can be even worse. By contrast, if they were “punished” excessively for pooping in the living room or chewing up somebody’s slippers, then they will associate the abuse with those behaviors. However, if their former owner was inconsistent in their use of excessive “punishment,” then the animal is almost certain to experience anxiety around other humans.

If you have a rescue dog who is suffering from anxiety and who has a history of being abused, he or she may overcome the anxiety with time, love, and gentle care. Until then, the animal should probably be kept away from small children. The animal may also benefit from being given melatonin for dogs at bedtime.

While melatonin supplements are meant to treat insomnia, there are many things that can lead to insomnia, like anxiety. But sleep is a complex process, and all of the functions of healing human and dog bodies can be easily disrupted, causing insomnia. For example, one person (or dog) may be easily awakened by certain types of noise, while another would remain asleep and unaffected.

If your dog, or you, is particularly affected by a certain type of noise that is common in your household, then insomnia may be the result. It could be argued that this is a type of anxiety since there needs to be some kind of fear associated with the noise and because that association is psychological in nature.

A good example may be the ticking of a clock. For a human, this noise can symbolize the fact that time is running short, deadlines are approaching, old age is on its way, and the like. The noise may not seem like it would disturb you, but it may actually degrade the quality of your sleep. Well, the same may be true of a dog – and it might be hard for you to tell what he is hearing that is disturbing him. Because dogs can hear sounds that we cannot, we may never find the source.

In cases like these, we would call the resulting inability to sleep “insomnia.”

It has been found that dogs and some humans, who suffer from hair loss from a condition known as “alopecia” can benefit from taking melatonin. For us, alopecia can be very unpleasant. But for a dog, it can cause tender skin that can make laying down unconformable.

Sometimes being neutered can help a dog with alopecia, but melatonin can be a good alternative if you do not want to neuter your dog. Why it works is not 100% clear, but it may have something to do with the healing functions that become active during deep and proper sleep. Melatonin might get your dog right in the proper zone for prolonged nighttime sleeping and healing.

In cases where melatonin leads to the disappearance of alopecia signs and symptoms, it is likely to improve your dog’s overall health.

Beware the Dangers of Xylitol

Xylitol is an artificial sweetener that is sometimes used in melatonin made for use by humans. Xylitol is highly toxic to dogs. As mentioned above, if your dog eats melatonin in any dosage, you should contact animal poison control without hesitation.

Monitor your dog closely, and consider inducing vomiting if he has eaten melatonin with Xylitol. The drug may trigger a sudden case of hypoglycemia in dogs, the symptoms of which include:

Symptoms like these and others may begin as quickly as 30 minutes after ingestion and they can last as long as 12 hours.

Will Melatonin hurt my dog?

As long as the melatonin you give your dog is properly formulated for dogs and you do not exceed the proper dose per body weight, then your dog is unlikely to experience any undesirable side effects. However, there is always the chance the dog will have an allergic reaction. Begin with half the normal dose at first, if you suspect this may be a problem.

When Should I give Melatonin to my dog?

The best time for anyone, including humans, to take melatonin is at bedtime. Dim the lights as low as your dog is comfortable with, and do your best to get the animal out of any areas with TV or computer screens, since these can counteract the effects of the medicine.

What side effects can Xylitol have on a dog?

If your dog reacts poorly to the medicine, if the animal gets too much melatonin, or if he or she is allergic to something in the pills, you may see the following side effects: