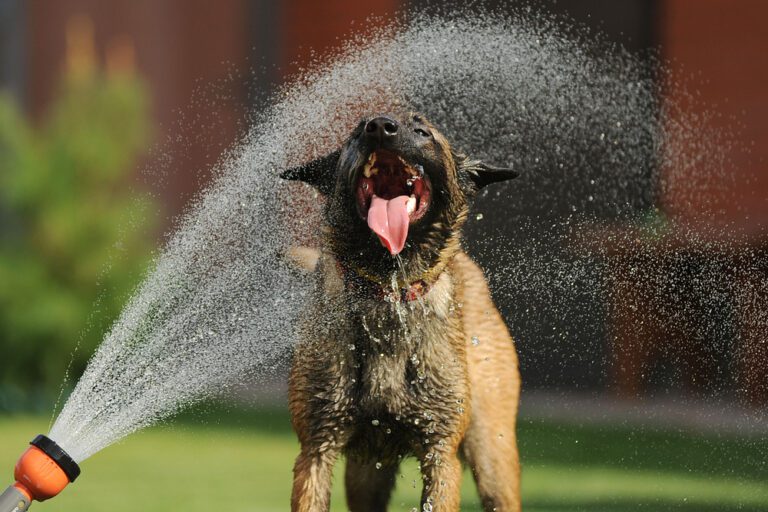 Dogs lick their favorite toys for many reasons, so we made a comprehensive guide featuring the most common, some of them quite surprising! Many of the reasons for this behavior are perfectly harmless, but a few may warrant extra attention.

So let’s get started.

The Reasons Why Dogs Lick Their Toys

If your dog likes licking toys, it’s usually a self-soothing behavior or compulsive habit. This habit didn’t start overnight and will not go away quickly.

If your dog is exhibiting other behaviors that concern you, it’s useful to consult your veterinarian. If you think your dog’s licking has become excessive and uncontrollable, it is important to recognize it early to avoid other problems.

Because such behavior can lead to destructive outcomes, you and your vet can discuss options such as reaching out to animal behaviorists who can thoroughly evaluate your pet.

When a dog licks toys, it can also signify infection or gastrointestinal upset. Having your dog checked out by a vet can help you determine an underlying health issue.

If you ignore your dog’s toy-licking behavior, it can lead to self-trauma, secondary infections, or other harmful behaviors. Always consult with your vet if you think your dog has signs of an infection, as they may need treatment.

PetMD says a common sign of nausea in dogs is licking. An upset tummy can leave a bad taste in your dog’s mouth. Licking helps them get rid of the taste.

Nausea in dogs is usually diet-related. For example, eating something spoiled or hard to digest can cause nausea.

Note: No specific dog breed is prone to experience nausea. But older dogs are more susceptible to it.

Dogs will start to lick toys before they can even open their eyes. It’s their way of exploring the world using their tongues. This habit can grow and continue into adulthood.

Some dogs lick out of boredom. You can help prevent this habit from developing by providing your dog with plenty of stimulation and exercise throughout the day.

Try playing fetch outside or going for a run with your dog. Additionally, kennel training your dog can keep it from licking toys in your home. This training can help prevent the ingestion of dangerous objects.

Dogs with general anxiety exhibit almost constant signs of anxiety regardless of the context, impairing quality of life. Some anxious dogs will lick their toys to calm down.

In addition to behavior therapy, pharmacological interventions might be necessary for successful anxiety treatment in dogs.

Does your dog get upset each time you leave? Separation anxiety can cause them to lick toys and other objects. Sniffing and licking toys give them comfort. It’s a dog’s favorite way of relieving stress due to your absence.

If your dog has an irresistible urge to lick toys constantly, it may have an obsessive-compulsive disorder. This disorder can make your dog repeat normal behaviors, and the best option would be to take it to the vet.

It can be hard for dogs to stop once they’ve started licking toys. While there’s nothing abnormal about a dog that licks its toys occasionally, doing it for many hours is a sign of an obsessive-compulsive disorder.

Apart from licking toys, other CCD behaviors include:

According to Dr. Jerry Klein, any dog breed may develop this disorder. But some are more prone to obsessive-compulsive behaviors. These breeds include:

Some factors can influence compulsive behaviors in dogs, such as:

Your dog could have early-onset dementia. Dementia of Canine Cognitive Disorder (CCD) is the dog version of Alzheimer’s in humans. It affects the dog’s learning abilities and memory. As a result, their behavior becomes odd.

Research shows that 62% of dogs between 11-16 years old show signs of dementia. Dogs with dementia are confused with their environment. You’ll find them wandering around like they’re lost. They’ll also bark for no reason. And often bump themselves against closed doors or walls.

Speak with your vet if you notice any CCD symptoms in your dog.

If your dog accidentally ate anything that’s not edible, it might start craving non-food items. So they’d lick everything at sight, including toys.

This condition is known as pica. Pica can be dangerous and lead to dental problems, gastrointestinal blockage, and poisoning.

Note: This condition appears in adolescent and adult dogs. But it’s normal for young puppies to ingest inedible objects as a part of puppyhood.

Dr. Karyn Collier says pica can be behavioral or psychological. But it may also have an underlying clinical cause.

The most common behavioral or psychological reasons include:

And the medical causes include:

Your dog might have something in its mouth that feels strange, making it lick toys in response to pain.

This behavior is common in dogs with oral inflammation. It happens when your dog ingests something sharp, causing sores if chewed.

Another reason can be gingivitis caused by harmful bacteria. Dogs with gingivitis have bleeding gums if it becomes severe.

Note: Gingivitis is common among dogs. But if left untreated, gingivitis can lead to teeth loss. Dogs will develop bad breath, and you’ll notice pus oozing when dogs are licking toys.

It’s important to pay attention to your dog’s dental health. Prevent this behavior by brushing its teeth.

If your dog licks its toys after playing under the sun, it might just be thirsty. Long walks and playing in hot weather can quickly dehydrate your dog. As a result, it’ll lick toys to combat a dry throat or tongue.

So when you go home and forget to put water into your dog’s bowl, it’ll start licking toys and other objects.

Some dogs lick toys for a soothing sensation, especially when reuniting with a favorite toy.

Finding comfort in familiar toys can bring dogs a sense of calmness. Licking toys increases endorphins in their brains, helping them relax.

It might be the reason why your dog likes licking their toys.

Your Dog Likes the Taste

Some dogs prefer toys that taste like food. It could be that you gave them flavored toys. Or toys filled with treats.

These factors make it more enticing for your dog to lick them.

Differences Between Normal and Problematic Licking

Dogs often lick or suck things to feel their way around the world. Licking various toys around the house a few times a day is normal. However, excessive licking may be a problem. If you cannot distract your dog from licking toys, it may have a compulsive disorder.

Licking is also problematic if you notice stuffed toys with worn-out fabric. But before you take action, try to catch your dog in the act. Determine if the dog is causing the damage before you try to correct the behavior.

How to Stop Problematic Licking Behavior in Dogs

Give Your Dog a Command

It’s hard to keep licking when you’re supposed to do something your owner commands. Telling your dog to “Lie down” or “Sit!” can stop them momentarily.

Whenever you catch your dog licking toys, clap and say “No!” This way, your dog will learn to associate the licking with an unpleasant noise.

Move the Toy Away From the Dog

You can pick up the toys and keep them in a separate room. Controlling your dog’s access to toys is a great way to eliminate unwanted behavior.

Spray Toys With a Taste Deterrent

Dogs won’t lick toys if they taste unpleasant to them. You can find different sprays that will coat your toys so that they give off a bad taste. Bitter apple spray is a popular repellent.

Test the spray on a small part of fabric or plastic toys first to ensure that it won’t stain. You might need to reapply the deterrent every two to four weeks.

Give the Dog Plenty of Exercise

Anxiety and obsessive behaviors can cause destructive licking, especially if you notice the dog licking everything. Even if you have a yard for your dog to run in, take them walking daily. If you leave for work, try to ask a friend to walk the dog in the middle of the day to help ease the underlying behaviors behind licking.

Your dog may be licking toys because of stress caused by changes. Is there a new pet in the house, or even a new baby? Is the dog not getting daily exercise? The solution could be to spend more time with your dog. Give the dog extra attention and care to establish a new routine.

Was Your Dog Weaned too Early

A dog weaned too early will often lick and suck its toys. It is a common feature in bottle-raised puppies. Early intervention is important to prevent it from becoming a life-long habit.

If your dog is licking toys while you are out, it could be separation anxiety. Leave a TV or radio on whenever you leave to keep your dog occupied, and it’ll forget you left it at all.

Some behaviors can be difficult to break without the proper training. Seek help from a Certified Applied Animal Behaviorist (CAAB) or board-certified animal behaviorist. They will be able to determine the root of your dog’s behaviors while practicing safe techniques to treat the habit.

If all else fails, talk to a vet. Your dog’s licking can result from allergies, fleas, or obsessive-compulsive disorder. While it is possible to medicate your dog for such behavior, this should be considered a last resort. Also, it’s much better to find some behavioral-changing techniques first.