Sometimes, dog owners are confronted with the mystery of a dog that suddenly stops doing a behavior that it previously knew. All of a sudden, or gradually in some cases, the dog doesn’t remember how to sit, or that it’s supposed to wait at the front door, or any number of previously learned behaviors.

When trying to solve this mystery, it’s easy for the owner to see this as willfulness or even as a challenge by the dog for dominance of the house. For example, a dog that once sat on cue now looks at you as if you’re crazy when you ask them to sit. Isn’t this a dog that is behaving in a willfully disobedient manner? Isn’t this dog being dominant?

While I would never say never, it’s far more likely the result of a variety of factors that have absolutely nothing to do with defiance or dominance.

Dog’s often do themselves a disservice by being so smart. Many dogs pick up the behaviors we teach them very quickly, often within one or two training sessions. As a result, we assume they have the behavior down pat before they do. In many cases, the dog will display the behavior properly in a specific location, and under specific circumstances– but the behavior falls apart outside of those circumstances; this is a result of poor generalization as we will discuss later.

Okay, so this is not quite a scientific poll, but you get my point. Often a dog is responding to cues other than the ones we intend.

We are creatures of habit and often have a set routine when training our dogs. We train in the same place, with the same people and animals around, we train at the same time, in the same clothes, we, well, you get the picture.

The problem is that our dogs are creatures of habit and they look at the whole of their environment as a cue for behavior. A person saying “sit” is often only a piece of the puzzle. If you teach your dog to sit in the kitchen, on top of the rug, in front of the refrigerator, it just may be that they think all those things are needed for them to sit. Behavior is a noun and needs to be taken on the road and taught with new persons, places, and things.

I’ve described dogs as the ultimate relevance engines. If a behavior hasn’t been completely learned and the dog isn’t being reinforced for it in some way, shape, or form, it can quickly decide the cue is irrelevant. It just becomes more gibberish for them to ignore.

Pain and discomfort can often lead to reluctance or refusal to do certain behaviors and are among the first things you should rule out, especially in older dogs. Behaviors like the sit and the down can really be uncomfortable for dogs with sore joints. Hey, I know that at close to 50 years old, I am reluctant to do lots of behaviors that I learned in my youth.

With all the talk in the media about pack leaders and alpha dogs, it’s very easy for a dog owner to incorrectly see a dog that forgets a previously learned behavior as disobedient. We often hear that dogs are like small children and there is a strong impulse to compare a dog refusing to sit with a child throwing a temper tantrum. However, as we have shown here, the blame is usually laid at the doorstep of miscommunication and misunderstanding.

Before deciding that your dog is being disobedient or willful, ask yourself the following:

If your dog seems to be having amnesia and you aren’t able to figure out why it’s helpful to find a trainer in your area well versed in dog behavior and positive reinforcement. Their expert eyes can often pick out what’s going on very quickly and can help you back on your way to being sync with your dog.

8 thoughts on “The Disappearing Sit” 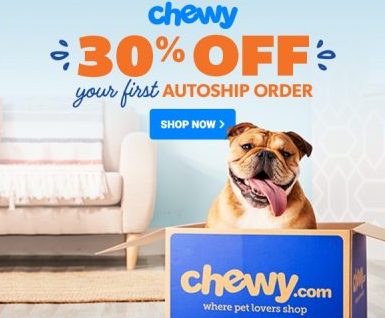 Dog Lover’s Digest is not a medical resource. The content on this blog is not a substitute for veterinary guidance. Don’t disregard advice from a vet. We may direct you to retailers such as Chewy or Amazon that provide us with a tiny commission on resulting sales. This comes at no extra cost to you. All prices and ratings on this site may change and those considered valid are displayed on Chewy/Amazon