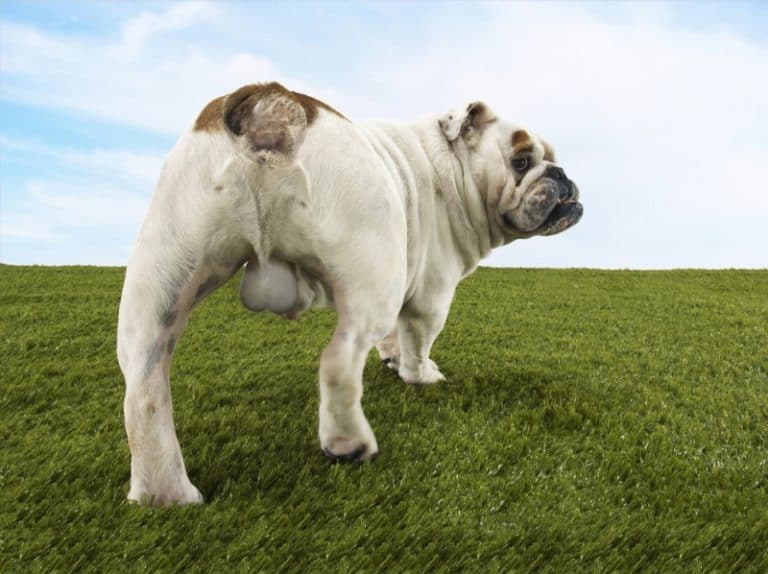 Do you ever wonder if “dog” is a gendered term?

That is what most of us grew up thinking, but then don’t we call any four-legged furry a dog without even trying to identify its gender? We do, and that confirms that dog might actually be a gender-neutral term. Now, the question is:

What is a male dog called?

A male dog is called a dog – but there is a disagreement over whether it’s a gendered term or not. While “dog” would do for both males and females in most situations, breeding calls for specific terms. In the breeder’s world, a male dog that hasn’t fathered an offspring is called a stud, while a fathering dog is called a sire.

That answers the question, but we have all heard of other terms used for male and female dogs. Some are archaic and obsolete, while others carry a negative connotation. Nevertheless, it is an exciting topic to explore. Read on to know more.

You must be wondering why we use the same word for both genders. Dogs aren’t an exception in this case. For most animals, there is just one term for both male and female species. All cats remain cats even though we have the term “tomcat” for the male.

For the sake of clarity, many people prefer to use “male dog” and “female dog” when referring to their pets. That is similar to how most people would say male horse and female horse instead of horse and mare.

So far, it might seem like no one ever bothered to think of gendered nouns for dogs outside of the breeding world, but that is not true. There were specific terms for male and female dogs, but they aren’t commonly used anymore.

Of Curs and Bitches

Common around the eleventh century, cur was mainly used for a dog of mixed or unidentified breed. People would also use it for any dog they found ugly or aggressive. Eventually, people started using cur as an insult, and it became slang for a despicable man.

Something similar happened to “bitch” – a term once used commonly for a female dog. Though the word is still technically appropriate, one would think twice before uttering it in front of someone.

While it isn’t appropriate to call your neighbor’s female dog a bitch, it is both appropriate and common in the breeding context. That brings us to technical terms for male dogs.

Breeders or dog show enthusiasts are the only people who use terms like stud and sire. Let’s take a look at these terms and why they aren’t exactly synonymous to dog:

Stud is the appropriate technical term for an adult male dog that hasn’t yet fathered a litter. The term is used in reference to a specific pedigree, one that is suitable for breeding. The feminine counterpart of stud is bitch, a word breeders would utter without thinking twice.

Interestingly, male dogs aren’t the only studs. Stud is also used for male horses suitable for breeding – and colloquially, for men with higher chances of wooing the ladies.

Sire is the technical term breeders use for dogs that have fathered a litter.

Like stud, sire is also reserved for pedigree dogs. However, it is used in relation to the litter and not just for the dog. For instance, instead of “this dog is a sire,” one must say, “This dog is the sire of this litter.”

Dam or dame is the female counterpart of sire; this term is also used in relation to the litter.

Jerry is not a technical term most breeders approve of, but some people use it as a casual term for male dogs that are neutered. However, the opinion is divided on this matter. Many believe it to be an entirely made-up term no self-respecting breeder or pet owner will ever use.

Names for Male Dogs in Other Countries

Every language has masculine and feminine words for dogs, but some English speaking countries might use terms unheard of in America.

In the UK, male dogs are often called “rude,” while “mongrel” is used in Australia. However, none of these are too common across these countries; they are only used in certain areas. For instance, mongrel is used in rural parts of Australia for working dogs.

Dog lovers and experts on the subject believe that the myth about calling male dog a “bastard” in Australia isn’t true. The term might be used for aggressive and disobedient dogs, but that makes it an abusive slang.

There is no rule regarding such terms and nicknames for dogs, male or female. Most nicknames tend to be gender-neutral, with a few expectations like Good Boy – or Good Boi, as some prefer.

Nicknames can also be based on a dog’s appearance, like Big Boy, Little Boy, Fatty, or Floof. Some people address their dogs like they would address their friends, e.g., buddy, pal, and mate. Then there are names that have more to do with the breed, like Mutt, Hound, or Goldie.

Besides these nicknames, alternate words used for dogs include pooch, doggie, doggo. You are more likely to use these words for your pet than “dog” or any other term discussed above.

Why Is A Dog Called A Dog?

Now that you know all the terms and names you can use for a male dog, you must be wondering about the origins of the word “dog” itself.

The word comes from its Old English variant “docga,” but the origin of “dogca” is unknown. It is believed that both dogca and its modern form were used for dogs with specific breeds. The general term used for all kinds of dogs was “hound” – originating from Old English word “hund”. Somewhere down the lane, the words switched meanings and dogcha became dog.

In short, no one knows the origin of the word “dog” or its ancient variant. It could be gibberish with no root, a random sound someone made after seeing a dog, or a lousy mimicry of a dog’s bark. We will never know.

A male dog is simply called a dog, unless you are talking to a breeder, or as a breeder. Technical or breeding terms like sire and stud aren’t used in casual conversations. They aren’t alternatives for “dog,” and anyone unaware of their specific usage should steer clear of them. If you don’t want to call it a dog, you can use other casual and endearing terms like pooch, doggie, or doggo.

Why is dog an insult?

Dog is no longer an insult in the English language, nor does it carry a negative connotation in the US. Even if Trump uses it as an insult, Americans are generally animal-loving people who appreciate dogs for their loyal and friendly nature.

What is a group of dogs called?

A group of dogs is called a pack or a kennel. A mute is another word used for a group of dogs. Additionally, different terms may be used for different types of dogs, like a cowardice of mutts or a cry of hounds.

Is a male dog called a bastard in Australia?

There is no concrete evidence to support that myth. Male dogs aren’t generally called a bastard in Australia. However, some people might use the word for a misbehaving or disobedient dog.