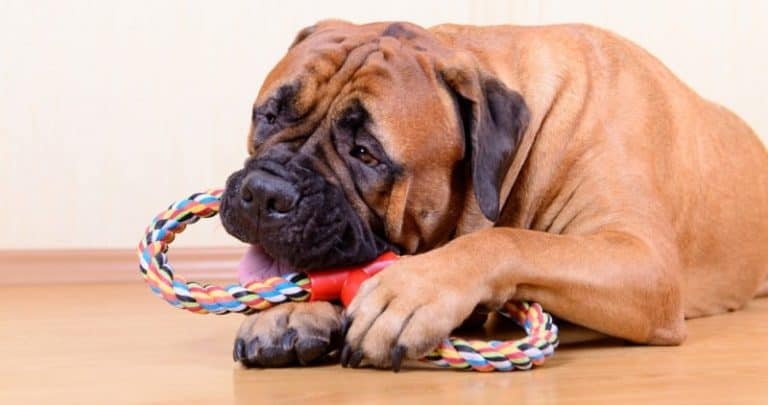 If you look at the search phrases most often used to learn about dogs and their behavior, the following could serve as a template for many of them:

No matter what you fill in the blank with, the short answer to this question is that they don’t. Dogs don’t understand concepts of right and wrong but it’s easy to see why we could think they do.

The notion that dogs understand wrongdoing stems from two basic reasons. One is that we assume the training we give our dogs is assimilated by them as a set of understandable rules:

The second reason is that as human beings we are programmed to see and read faces. Facial recognition is part of our neural architecture and is one of the reasons why we see faces on toast, in clouds, and in colonies of mold. No matter the object, human, fungi, or canine, we automatically assign human emotions when to these faces, even if we are looking at a piece of toast.

Most dogs are perfectly happy with toileting inside the house. If we want them to do their business outside, then when have to train them to do it. Successful training, hopefully utilizing observation, management, and reward, end up with a dog that toilets outside not because it understands it as a rule, but because we have made it more rewarding to go outside than in.

If, all of a sudden our dog starts having accidents inside the house it’s not because they are willfully breaking a known rule. Something has changed in their environment that makes going indoors a necessity or more rewarding than going outdoors.

Dogs’ Facial Expressions are not a Humans’

We think because we can recognize when our dogs are happy that we can recognize other human emotional counterparts. But the fact is that the facial expressions and body language of a dog, while they may resemble those of a human have different meanings.

The biggest example I can find is the misnomer of the “guilty dog.” We’ve all seen the videos of guilty dogs splashed across the internet with the dog looking like a kid with their hand caught in a cookie jar. But the fact of the matter is that those looks have nothing to do with guilt. They are simply using their body language to communicate they are ill at ease with the scolding human, camera, and all the other environmental cues that make them uncomfortable. No matter how much their facial expressions and actions resemble ours, the concepts of guilt, wrong doing and spitefulness are just not in them.

It’s our pre programmed need to see ourselves in other things that leads us to make assumptions about our dogs that aren’t true. Remember that when it comes to dog behavior we are not teaching rules, we’re giving better options.

2 thoughts on “Why Dogs Do Things They Know are Wrong”